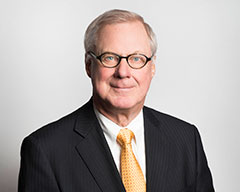 For over 30 years, Vern has been involved in negotiations and advising owners and management of companies in industries such as mining, forestry, distribution, and regulatory businesses. He has given expert witness testimony in the Supreme Court of British Columbia, the Federal Court of Canada and the Competition Bureau, and at arbitration and mediation hearings. He has also acted as an arbitrator, both as sole arbitrator and chair of an arbitration panel, and as a mediator.

Vern has been involved with the Institute of Chartered Business Valuators (director for 10 years and president in 1989–90) and American Society of Appraisers (Business Valuation, Governor for Canada, and International Ethics Committee, including as chair), and he was formerly a member of the International Valuations Standards Committee.